Globally, the Smart Home industry is one of the fastest growing, and most innovative fields. 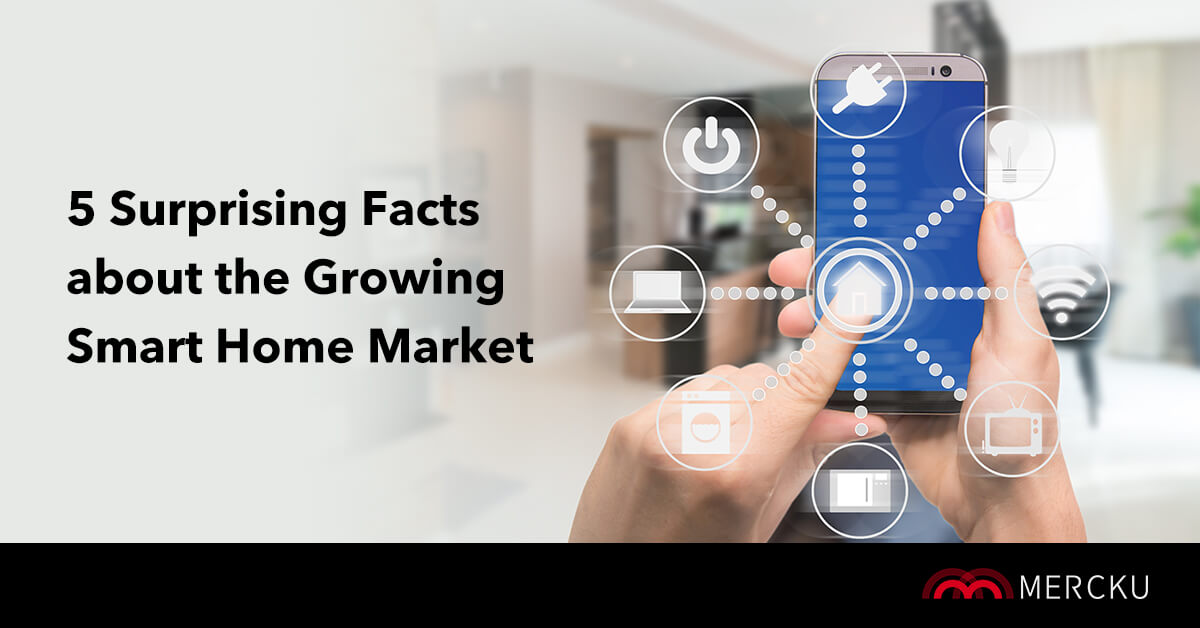 At Mercku, we're guided by the vision that our homes, like cars, will eventually become fully autonomous - evolving from a somewhat connected array of devices to a single, seamless system that we can trust to make home management decisions.

The smart home of the future is built on a foundation of a strong and stable Wi-Fi network. However today, ~60% of households in the US still experience Wi-Fi issues. With better Wi-Fi, users can support more devices on their network, a trend that has seen the number of devices per person nearly double from 2015 to 2020.

Today, the smart home industry is still in its infancy, having just passed 20% household penetration, globally. Users want to adopt smart home technologies, in fact, 40% plan to spend more than $500 in the next 12 months. Because of this, the demand for Wi-Fi and networking is more prevalent, especially, now that smart home devices are replacing phones in 50% of most daily tasks.

Fact 1: Over 50% of households have Wi-Fi issues

In the latest Parks and Associates report (a leading tech publication), it was revealed that over 50% of U.S. households have Wi-Fi connectivity issues, a problem that is even higher in other countries. Slow speeds and poor coverage are among the primary complaints. While many users in developed countries may already take it for granted, Wi-Fi provides the infrastructure and metaphorical life-blood for smart home systems. Without strong Wi-Fi coverage, even the most basic smart home devices wouldn't be able to function.

With smart home adoption at over 20% and growing exponentially, the industry has officially crossed the chasm and become mainstream, reaching the masses around the world. Smart speakers alone account for over 20% of total household penetration, while other sectors, such as temperature controls, security cameras and lighting have also witnessed a precipitous growth curve. The smart home industry is on the cusp of breaking out globally and changing the way people spend their time at home.

Fact 3: The number of connected devices per person will nearly double between 2015 to 2020

The world is becoming more connected as the number of networked devices per person will increase from 3.47 in 2015 to 6.58 in 2020, according to Statista research. These devices include phones, laptops, TVs and other smart home systems. This means, in an average household 4 people, the number of devices could easily reach around 25 by next year. 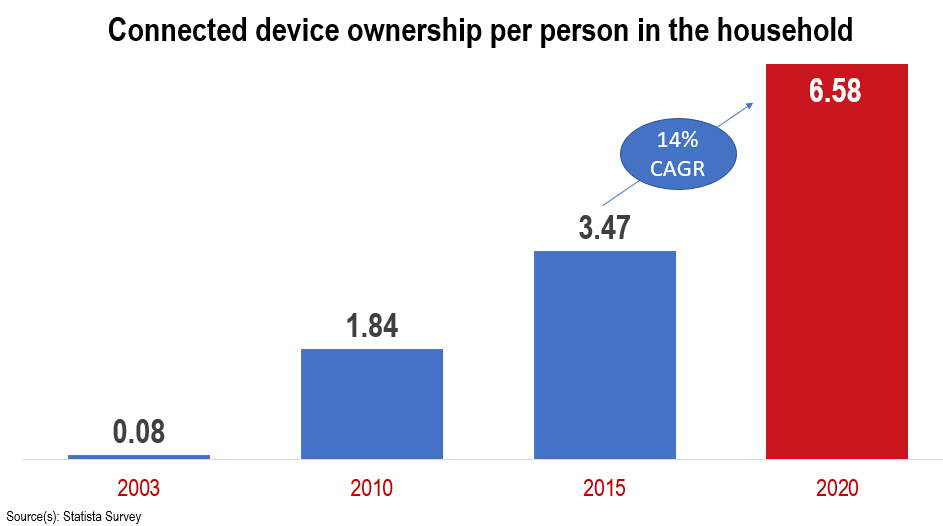 Fact 4: 40% of households expect to spend over $500 USD on smart home products in the next 12 months

The majority of American households are planning to spend an excess of $250 to upgrade their homes with smart home devices in the coming 12 months. More than 40% plans to spend $500 or more. This is a surprisingly large portion of the average household's discretionary spending, as consumers are excited by the prospect of improving their lives with better home connectivity. 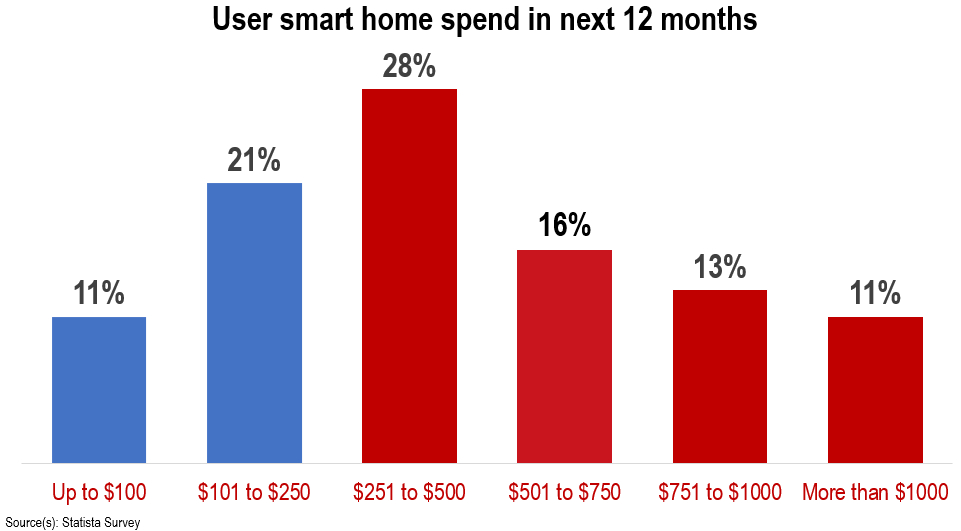 Smart home device users (especially speakers) are finding them a more natural fit for many daily tasks than pulling their smart phone out of their pocket. From simple Google searches, to skipping to the next track on your playlist, giving a voice command to your smart speaker assistant is becoming a natural habit for smart home users. While younger users have been the fastest to adopt the new technology, among current owners there isn't much of a difference in daily usage (e.g. 46.6% of users aged 60+ use their smart speakers daily compared to 43.1% daily usage for those 18-29). 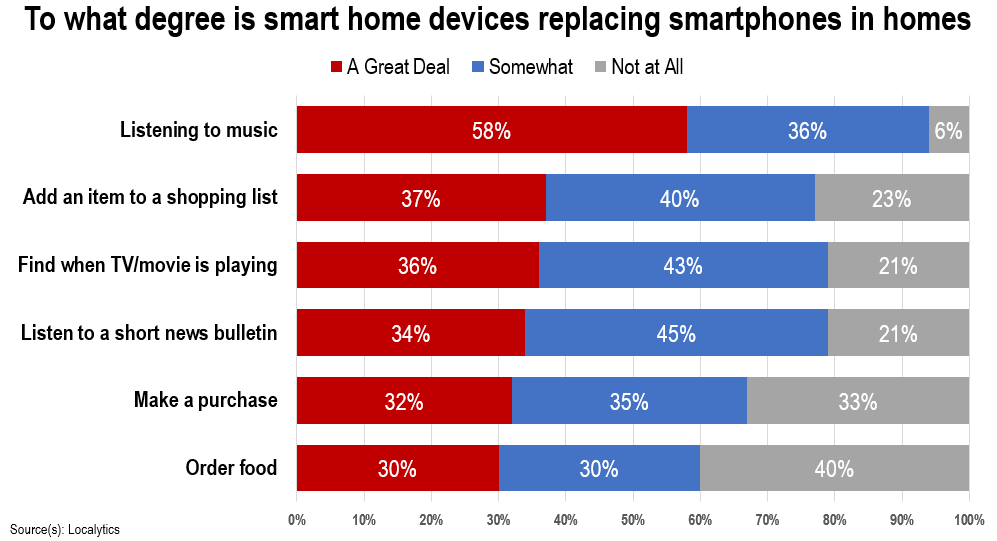 As consumers ride this steep adoption curve for the latest smart home technology, businesses have a wealth of new opportunities to service this growing demand. From Internet Service Providers expanding their offerings, to builders designing purpose built smart homes from the ground up, Mercku offers a wide range of solutions to our partners. Find out more about how Mercku can help companies like yours explore opportunities in the growing smart home industry on our partnership page.